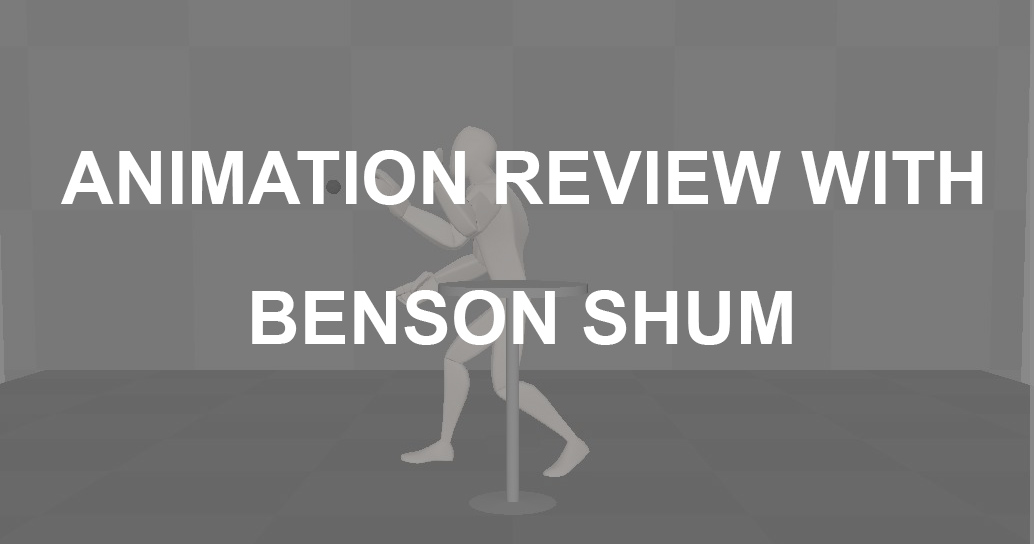 Yesterday (At the time of writing) we had our review with Benson Shum an Animator from Disney. It was exciting to meet a real Animation professional at Disney Animation, having contributed animation to movies such as Forzen, Big Hero 6 and Moana.

He gave us some comments and tips for my Animation. I recently completed a guy walking up to a table and throwing a ball.

Here is what he shared for my animation.

Some poses I was told to push it a little more like the back throw arms swings.

Especially for a simple walk. There is so much to observe in the Hip movements whether its up or down or side ways. The hips will drive the rest of the body.

Making a simple walk you have to take care of the legs poses. Tt seems to be driven by the hips during the walk. For instance some parts of the walk at the up pose the leg can be straighten up a little bit more.

Weight shifts and timing go together for the character have to be applied whether its faster or slower movements. For mine as the character timing slows down after he sees the ball some overshoot on the weight shift needs to be added as noting really stays still for a character.

Besides getting a good feedback on our animations, Benson shared his career journey how he graduated and took a long journey to get to Disney Animation.

He graduated sometime in 2000 from University studying 2D Animation, unable to get into feature animation initially he he started doing design work for games such as making props and characters.

Later he did VFX jobs doing animation. Some Flash Animation for web. Finally he ended up later at Sony Imageworks working on The Smurfs and Hotel Transylvania. From here he finally got a chance to get into Disney.

Here is some of his Advice

Update your skills When he graduated with 2D Animation skills everyone was going into 3D. He took what he learned from 2D and applied it to 3d Animation as he work on his design jobs and updated his reel.

Keep persisting. He did not end up at Disney initially and it took a long journey. He was able to learn from the many different roles he took doing all kinds of design work and animation for various industries.

Some notes on Animation Jobs:

For Game animation focuses a lot on body mechanics and movements. Sometimes if you get to work on a cinematic you can do Acting animation. There is room for lots of animation styles for different genres of games.

For VFX animation. It has to be realistic. There is more Acting Animation as you are dealing with different types of Humans and creatures in a shot / scene.

Have a creative outlet for experimentation

Benson has created a couple of Children Book Illustrations. Which is different kind of creative endeavor from animation. Here is a video of him sharing about his book.

Nothing beats learning animation from life. Even if you cannot draw, stick figures will do. Learn to capture people poses from life. Sit at a cafe and see people walk (Don’t Stare though). This will help your animation have better life like feels to them as you have referenced from life itself.

Overall I am thankful that I got to have get a review and feedback from Benson through a Skype Call. It was inspiring to learn of his career journey and how he does other things like Creating Picture books to further his creative journey.