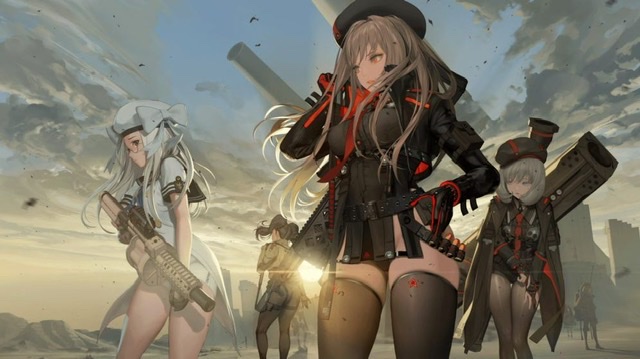 Hyung Tae Kim an Art Director from NCSoft formed a new company Shift Up some time ago.

Hyung Tae Kim is known for his character designs on Blade and Soul and Magna Carta.

There were two game trailers announced in 2019, Project Eve (For Console) and Nikki The Goddess of Victory, a mobile anime styled game.

Nikki looks like a game 2.5D for Mobile, when shooting you see things like the behind of the character “shake”. 🤩 The animation style of 2D motion illustrations look good.

The Animation is using a technique similar to cutout style animations made with wither Dragon Bones our Spine. I guess the game engine they use is Unity.

They had previously released a game Destiny Child for Mobile. Which has a lot of Hyung Sexy girl designs.

Not much else is know on the game or what it is suppose to be, it’s suppose to inspired by Neir Automa. And it’s coming to Consoles and PC.

It seems that UE4 is used a lot in game development for Korea games. And Project Eve is utilizing those engine.

I have personally enjoyed the art of Korean illustrations and their vibrant color designs. I am not sure how well Destiny Child did but it does looks like a F2P game with gorgeous anime art.